Los Angeles, the City of Angels, is a Southern-California jewel justifiably ranked as America's second city. Renowned for its pleasant climate, exquisite beaches, and vibrant multi-cultural population, this film- and TV capital basks in the warmth of the Californian sun. Having invented the celebrity lifestyle, Los Angeles now welcomes a stream of visitors curious to view this playground of the rich and famous at first hand.

Known to the world as the beating heart of the film industry, Hollywood's iconic lettered sign towers over this L.A. neighbourhood which is still home to many of its brightest stars. Here, where everything is larger than life, tourists can enjoy studio tours of 'silver-screen' favourites such as Warner Brothers, Universal, Sony Pictures and Paramount Pictures, to learn a little about how dreams are made. Later, Hollywood Boulevard offers a unique opportunity to trace the footprints of entertainment legends honoured by inclusion in the Hollywood Walk of Fame.

Los Angeles is, of course, home to the LA Philharmonic and has a thriving cultural scene supported by major concert venues such as the Walt Disney Concert Hall and the legendary Hollywood Bowl. In addition, the city houses a stunning array of museums and galleries, including the Getty Center, which houses part of the priceless Getty art collection, and the prestigious Ronald Reagan Presidential Library. To complement its cultural treasures, Los Angeles can offer those seeking gastronomic delights a full-spectrum experience. There are select rooftop restaurants offering a carefully nuanced atmosphere, plus enthusiastic street vendors – and every option in between – catering for gourmet dining, organic menus, local- and ethnic cuisines, and much more.

After sundown, L.A.'s trendsetting elite move on to their favourite bars, clubs, and vibrant entertainment venues like L.A. LIVE and the Hard Rock Cafe which can be found all across the city. The bright lights of Los Angeles can supply every music style from rock to country, and jazz to hip hop and electronica, with party options to suit every taste. Most important of all, whether its a quiet hideaway or a dance floor venue holding hundreds, L.A.'s nightlife is tailored to meet the demands of a clientele who expect the very best.

City visitors will soon notice L.A. is equally committed to sporting excellence, and its LA Coliseum, and many other historic city arenas, are regularly filled with crowds roaring on their baseball and basketball heroes. And in true L.A. style, even soccer's LA Galaxy have become a dominant force in the sporting world. 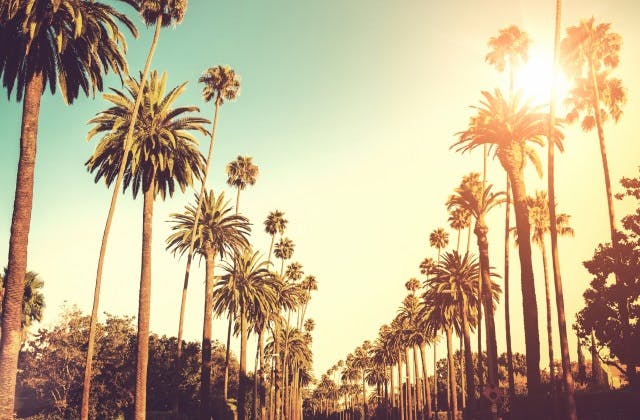 What is the best airline to fly to Los Angeles from Shanghai?

The best airline to fly to Los Angeles from Shanghai is Cathay Pacific.

What people are saying about Los Angeles right now:

Airlines that fly to Los Angeles :