Here are the cheapest airfare deals to Paris. View Flights to France

Paris is the most-visited city in the world, with an estimated 45 million visitors annually. With an unrivalled beauty and romance, it's definitely worth coping with the crowds, because La ville Lumière is something special.

While it's a tourist trap, the glamour and allure of the Champs-Élysées is undeniable. Wander along the boulevard in the evening after the shoppers have gone home, and make your way to the Arc de Triomphe with its eternal flame and memorial to the Unknown Soldier. For another big-hitter, on the hour, the Eiffel Tower lights up and sparkles, and it's best seen from the river. Take one of the bateaux-mouches as the sun sets and take an iconically Parisian photo from the water.

In Paris, you're absolutely spoiled for culture. If you can't bring yourself to queue for hours at the Louvre, head instead to the Musée d'Orsay. Set inside a light-filled former railway station, it's home to many famous Impressionist paintings and artworks.

Channel bohemian 19th century Paris with a walk up to Montmartre. While Pigalle can feel a little seedy, particularly late at night, it's worth the walk up the many steps to the top of the hill to see the beautiful white domed Sacré-Cœur church (and the views it commands) from the top. If you're feeling tired, use a metro ticket and be transported up or down the hill in a little glass funicular. Afterwards, have a coffee or a glass of wine in one of the truly Parisian pavement cafes, before going to see the garishly lit up Moulin Rouge.

Away from the immediate centre, Le Marais ("the marshes") in the 4th is a trendy quarter, and one of the few areas of Paris that's truly lively on a Sunday. Come here to see the Halocaust Memorial, or just to wander and people-watch among the crowds. It's also the best part of the city for brunch, with many establishments offering truly impressive spreads.

Père Lachaise Cemetery in the 20th is worth the metro or bus trip. The last resting place of many luminaries both French born and foreign, here you'll find the graves of Oscar Wilde, Edith Piaf, Jim Morrison, Maria Callas, Balzac, Molière, Chopin, and Proust, to name a few. It's worth buying a guide from the local florist (about 2 EUR) to help orientate yourself and find the memorials you're seeking in this massive necropolis. 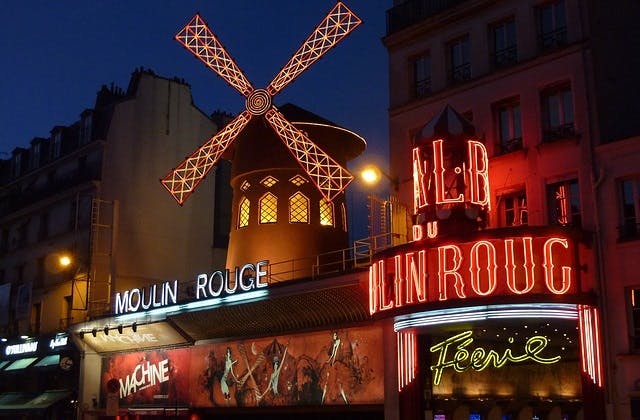 What airlines fly non-stop to Paris from Cabo Rojo?

No airlines fly non-stop between Cabo Rojo and Paris.

What is the best airline to fly to Paris from Geneva?

SWISS is the best airline to fly between Geneva and Paris. If you need non-stop flights then Air France is best. Eurowings is the best budget airline.

What people are saying about Paris right now:

Airlines that fly to Paris :