New York City is one of the world's favourite tourist destinations. Long celebrated as a hothouse of American culture and a renowned global business forum, 'The Big Apple' can offer a diverse range of experiences to suit all tourist tastes and budgets. With so many iconic locations to visit and a host of unique experiences to savour, the savvy visitor would be well advised to research and plan their tour of New York City to make the very most of their time in 'The City That Never Sleeps'.

Founded by Dutch migrants in 1625, New Amsterdam was later rebadged as New York in 1664. Soon to become a popular 'New World' destination, New York welcomed settlers from all corners of the world, thus rapidly transforming itself into the bustling cultural melting pot it is today. The modern city skyline, a familiar media image in its own right, now encompasses the five city boroughs of Brooklyn, Manhattan, Queens, Staten Island and The Bronx, with Long Island and north New Jersey also included in the NYC metropolitan district. Attracting more than 40 million visitors annually, plus its own dense population of more than eight million residents, New York's landmarks, historic buildings, and rich cultural resources are among the best-known and most-visited attractions on the planet.

Whether enjoying the atmosphere of Manhattan's Times Square, taking in Wall Street, Manhattan, classic views of Brooklyn Bridge, or enjoying the myriad flaura and fauna on view at the Bronx Zoo, the visitor will be immersed in quintessential NYC experiences. Those looking for sporting inspiration will want to visit venues such as Flushing Meadows or the Yankee Stadium, whilst the history of the city can be traced through locations such as Ellis Island and the Statue of Liberty together with the contemporary 9/11 Memorial.

New York's world-famous museums house countless cultural treasures, and music fans will discover living musical history on Broadway, Tin Pan Alley, and in a host of international theatres and concert halls. Similarly, anyone seeking authentic locations with musical and cultural associations will be keen to explore the must-see destinations of Harlem and Greenwich Village.

And whenever the busy NYC tourist needs a short timeout from the city's non-stop hustle and bustle and its kaleidoscopic multi-sensory experience, the green spaces and natural beauty of New York's Central Park are available to take in some fresh air and recharge batteries ready for a fresh round of sightseeing in one of world's greatest capital cities. 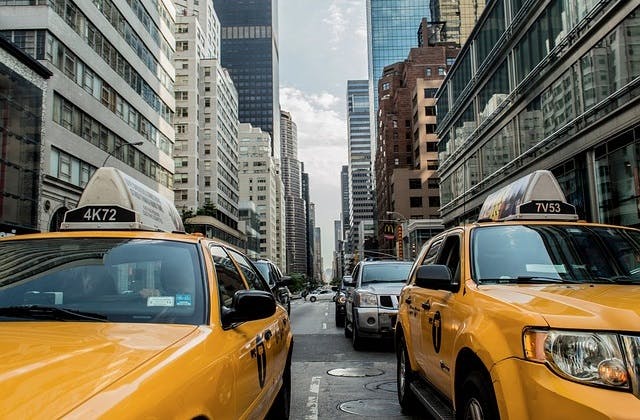 What people are saying about New York - All airports right now:

Airlines that fly to New York :